Talk about feminism and we have women, fighting for women, with women! How stupid is that!

People tell me to stop being so annoyed with everything all the time. Now here, look at the world that I see everyday and then tell me what you feel – pleased and satisfied, or irritated and secretly planning on wringing the necks of all the idiots in front of you. A friend of mine talks to a guy and raises the glass of friendship. She talks to him more about stuff from out of the blue. She gets comfortable and becomes frank about some other stuff out of the blue. Never does she even once tell him or even hint him about becoming “his girl”. One day he introduces her to some guy she has never known, as his girlfriend! When she decides to walk up to him for clearing this crap out, she meets another girl just like her, his friend. That girl tells my friend how she has been wrong and how what she did was certain of receiving this reaction. She told her to stop toying with people’s emotions. Now how lovely is it to hear that? Moreover, it was a FEMALE who spit those filthy words on another of her own kind. Who does she now expect to understand her? Did she really play with his emotions? Is it really wrong for a girl to be frank with a guy? Does it straightforwardly mean that the guy owns her? Does playfully flirting with guys makes a girl, a Slut?!

Keep aside the men. It is high time for the female specie now. We need to know ourselves. We need to understand the actual and valid meaning of FEMINISM. Until and unless we women do not understand our feelings, our emotions, our actions and reactions, the world will not become the ‘better’ place we fight for it to be.

The aunties who taunt the young girls on wearing skirts, when are you going to realize that the sarees you tell us to wear are nothing but longer skirts! Don’t your blouses reveal more of your belly and back than our crop tops? And haven’t there been rape cases of girls wearing clothes showing no skin at all? You need to grow up and believe, that the girl is not the one who should be ashamed of getting raped but the immoral man who did it to her. And that if instead of telling your girl to stay safe from the filthy men out there, you teach them how to stand up for their rights and own their body, they will actually be safer than you think.

The friends who pretend that they haven’t mistaken a bad guy for a good one, ever in their whole damn lives, when are you going to get real? When your best friend comes to you complaining about a guy who broke her heart, she seeks support you idiot. You are not supposed to tell her where she has been off beam. She has apparently been thinking about her mistakes since the time that guy showed his true colors. You need to hug her and tell her it is not the end of the world. You need to tell her to stop loathing herself and pull herself together. You need to teach her how to love herself. You need to make her feel that she is not alone. Bitching about her with other girls on how she immaturely lost her virginity to a very wrong guy doesn’t really help you know. (P.S. – we find out about the bitching and we hate you.)

The mothers who are still telling their daughters to be at home by 8 PM, go teach your sons how to NOT take advantage of the dark. Don’t tell your girls to be sorry for making mistakes if you didn’t lesson them about taking the right decisions earlier. Be thankful of the fact that they gathered up their courage and opened up to you. Trust me, it takes a lot. Your girls look up to you for the best advice, not for the worst disparagement. There are tons of other people for that and how strongly your daughter kicks them away depends on you.

It wasn’t men who took the pains of pushing us out of their bodies but women. Before asking for empowerment from the government, we need to give it to each other ourselves. Think about the supremacy we will all possess if we share it among us. No man can ever understand us the way we can understand and appreciate each other.

Wake up my ladies! 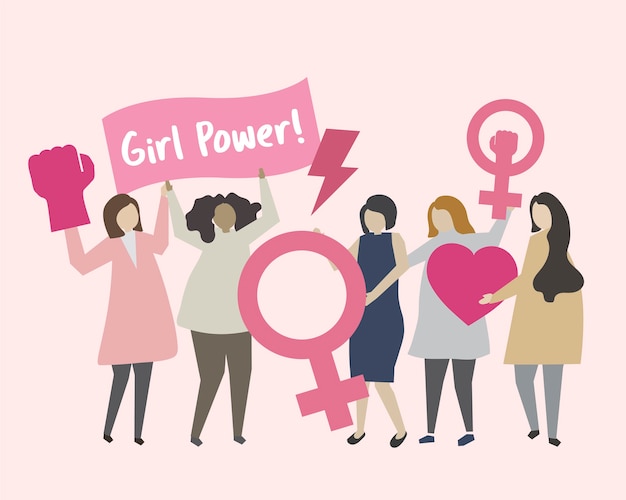 8 thoughts on “She is Her worst enemy…”